Charles Atkins has transformed his would-be man cave into a creative space and workroom for his stained glass masterpieces.

Post-retirement, Charles Atkins spends a lot of time in the basement of his home. He lightheartedly acknowledges that his downstairs retreat is exceptional, setting his space apart from the quintessential, all-American man cave.

According to Dictionary.com, a man cave is defined as a home space solely dedicated to the hobbies and recreational activities of the man who resides within. Here in the South, the term is often synonymously linked with certain stereotypical aspects such as an out-of-date (but irreplaceable) recliner, a game table or two, the lingering aroma of pizza and beer from boys’ night and, of course, a large-screen TV purchased specifically with football season in mind.

However, for Hoover resident Charles Atkins, his man cave is quite the opposite, lacking any of those typical characteristics. His is a refuge for inspiration and creativity, boasting oversized worktables and wall-to-wall shelving stacked with boxed deliveries marked “Fragile” and “This Side Up.” Rather than serving as an in-house crash pad, his personal haven is dedicated to a craft that has become both a passion and successful home-based business: stained glass artistry.

Atkins Stained Glass, located in Hoover’s Lake Crest community, evolved into a post-retirement, second-career endeavor for Charles purely by happenstance. While in the process of building a new home in the Hoover Country Club area back in 1983 to 1984, his wife, Cammie Atkins, requested the installation of a stained glass window in her powder room area. Although budget restraints put a damper on her wish, she made a decision that would soon etch a brand-new path for her husband: She insisted that he enroll in a local art class for beginners and learn the technique of glass artistry himself.

That decision—or push, rather—has literally taken Charles to new heights. He fell in love with the art and immediately immersed himself into his new passion. After spending about five years perfecting his technique with various small projects, he publicly advertised his new trade. Within two years, he says, his business flourished to the point where he needed to bring in a temporary partner to help manage the work load.

Over the years, primarily through word-of-mouth, Charles has managed to maintain a full schedule, even in spite of an up-and-down economy. He says his work is split about 50/50; half of his time is spent working with builders in new construction while the other half is spent with homeowners wishing to upgrade their existing homes. With the housing industry beginning to boom again, his client list continues to grow and his days in his studio are longer than ever. He is, however, grateful for the work and finds it therapeutic. Physical activity and mental health are a top priority in his life, fueling his desire to keep working for as long as he possibly can. The extra income has been a blessing, too, he says, especially now that he and his wife have eight grandchildren.

While Charles’s designs range widely from the simplistic end of the glass artistry spectrum to the very tedious and detailed, leaded glass with simple, geometric patterns has become the popular choice as of late. All of his designs are created by free-hand, and artistry precision is kept to a maximum with the use of proper tooling. He holds himself to a high standard and because he refuses to cut any corners, he proudly stands by every piece of glass he produces. Although he creates both window artistry and decorative pieces that are designed to hang, Charles much prefers window work. In his eyes, a leaded glass window becomes “part of a home’s story” and that aspect of his business, he explains, brings him the most joy.

Charles’s artistry can be found all over the Birmingham metro area including Hoover, Mountain Brook, Vestavia and Homewood, as well as the cities of Tuscaloosa and Montgomery. Atkins Stained Glass is currently a one-man operation, with Charles handling every aspect of the artistry process. Because work continues to come so freely, he does not advertise his work via a website or though social media. If you are interested in inquiring about a stained glass project, contact Charles Atkins directly via his studio telephone number at (205) 985-9600. 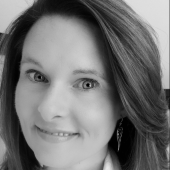