Blake Ewing came to music late, but he’s made up for lost time.

For the first 16 years of his life, Blake Ewing had nothing more than a passing interest in music. Then his family suddenly acquired a used piano, and Ewing found himself wanting to learn more. He didn’t have a piano teacher at that point, but it turned out that he didn’t really need one.

“I basically just started with the ‘P’ volume of the World Book Encyclopedia set we also had, looked up the ‘Piano’ entry, and began to work out what chords and scales were, and went from there,” Ewing said. “That all led to me trying to play various sheet music and to learn to accompany my high school choir, which I had also just joined as a junior, and to generally learning to read music.”

“I realized my true interest was in trying to create my own work. And that’s kind of where it all started,” he said.

Today, Ewing, 40, is an established composer with a laundry list of well-known clients, including AT&T, Chevrolet, Boy Scouts of America, ESPN, Google, Netflix and many more. He describes his music as “neo/post-classical and cinematic,” and cites John Williams, Danny Elfman and the band Sigur Rós, among others, as some of his biggest  musical influences.

“I think I tend to seek out and write toward the emotional aspects of music. Drama and authenticity can hopefully be found in the majority of my work,” Ewing said. “My main goal is to take the listener on a journey of some sort and maybe make them feel a connection to something outside of themselves or a moment in time.”

Ewing, who also writes music for film and television scoring, said each type of music he composes taps into a different part of his creativity.

“Writing modern classical and ambient (music) is a nice creative outlet, and there’s a freedom to really dig into the art of music,” he said. “Whereas film, TV and ad scores are a much more collaborative effort between a whole team of people, where the end product is hopefully greater than its individual parts.”

Ewing, who lives in Riverchase with his family, said his wife, Dot, and young son, Aaron, contribute to his creative process in unique ways.

“When I first began on this musical journey as a profession, I used to constantly bounce ideas and compositions off of my wife to get her opinions, which were usually spot on,” he said. “I don’t do that as much anymore, but I still get her opinion from time to time on really important projects, just to make sure I am not too far off to the casual listener.”

And sometimes Aaron is actually part of the music.

“Since we had Aaron, I’ve also sampled him making noises as a baby and even him singing certain notes that I can then manipulate and add effects to in various ways to fit whatever I’m working on at the time,” Ewing said. “It’s kind of a fun little experiment to sneak him into some compositions.”

As the owner of Hoover’s Forest Bear Bakery, Dot is an artist in her own right. Blake Ewing said the two have a deeper understanding of each other because of their chosen professions.

“I’m very proud of her and the bakery. She is extremely creative in inventing her recipes, designs and flavor combinations,” Blake Ewing said. “I think it helps us to know that we both have some of the same creative issues, false starts and public feedback on our work so that we can empathize with one another.”

Even though Ewing got a late start in music, he caught up quickly – and it didn’t take him long to decide that music was his calling.

“After joining the high school choir and excelling in a subject I’d never even known, it really just became a passion. The natural next step in my mind was to continue studying music in a much more structured and formal way in college,” he said.

Ewing chose to attend UAB. He had the good fortune to arrive just as the music department hit a period of rapid growth.

“I was instantly surrounded by the most talented and like-minded people I’d ever known. To know I wasn’t alone or crazy for being so passionate about a subject, to know and trust there were professors and faculty there that knew so much more than me, and that I could turn my mind toward learning from others instead of solely being self-taught,” he said. “It was life-changing.”

While at UAB, Ewing joined various ensembles and found himself taking part in experiences he couldn’t have imagined just a few years prior. He was part of a group that toured England and performed in Canterbury Cathedral; he learned what it was like to perform with the Alabama Symphony Orchestra and the Alabama Ballet; and he got to meet composers and help premiere their original works.

“It was a wonderful experience,” he said.

Even though he’s been part of the Birmingham area for a long time, Ewing said he hasn’t thought much yet about how he’d like to impact the local music scene, but he hopes that will change.

“I’d love to bring an awareness to this type of music that might not exist yet,” he said. “I’d also love to meet and collaborate with more local musicians to prove on a national and international level that this area has a lot of talent.”

Nature is a constant source of inspiration, Ewing said.

“There’s something about the great expanses of natural space and the oceans that seem to fit the mood and mental imagery of a lot of my work,” he said.

He said he hopes to help people connect with the music and with each other.

“I want people to listen and feel something. I want to support the storytelling of any project I work on,” he said. “I also want to continue to learn, as I think art in general is a lifetime study and practice.”

Ewing has two EPs coming out soon. “Shelter” is a dramatic work that mixes organic and synth instrumentation, while “88” showcases minimal piano pieces. He’s also set to score a documentary about homelessness in Los Angeles. To find out more about Ewing and his music, visit Blakeewingmusic.com. 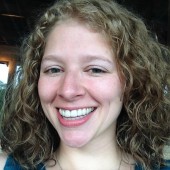